When Lance Schneider was hired by Miamisburg High School in March 2019 to lead the Varsity Football program, there was no shortage of excitement in the community. The Vikings, who play in Ohio’s GWOC (Greater Western Ohio Conference) went 3-7 in 2019, but with Schneider’s impressive 107-63 record over the 16 years prior leading the way, were hopeful that 2020 would mark the first steps to title contention.

The next step in the Schneider era was set to kickoff against Xenia High School August 14, but this offseason, community members have enjoyed a front-row seat to his new brand of leadership through the use of online fundraising, which has earned the team $22,000 without a single in-person meeting in the middle of the COVID-19 pandemic.

The digital-first approach, which embraced social distancing guidance to its advantage, started with a team video created through photos and highlight reels from past Viking seasons and a purpose statement. The two were then distributed out to the community via digital fundraising app RallyAroundUs with contacts submitted from athletes, and promoted on the school’s official athletics website, miamisburgathletics.com.

Since its launch in mid-June, the resulting campaign has helped the team raise $22,000 in just under a month and reached not just local connections in the Greater Dayton area, but also family members and fans outside the community who are often unable to participate in local fundraising efforts.

With single donations ranging from $5 to $2,500 from 300 supporters, it notches a highly-visible early win for Schneider in 2020, who has now established himself to the Viking faithful before his first snap on the sidelines this year; clearing a major obstacle securing new equipment and demonstrating how his mind can turn challenges his team may face into winning strategies going forward on the field.

“With the COVID pandemic, we felt using an online fundraising platform was the best way to go. Using social media platforms proved to be a safe, easy method for us to get the message out about our fundraising needs,” said Coach Schneider. “This will certainly be an integral part of our fundraising efforts for years to come.”

Want to set up a fundraiser for your team? Schedule a demo here: https://vnnsports.net/schedule-a-fundraising-demo-with-rallyaroundus/ 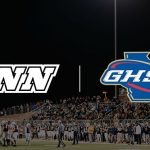 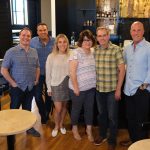