For the past year, schools across the country have had to get creative in order to bring back sports. With fewer fans in the stands, many have started live-streaming events. Ooltewah High School (TN) is no exception – but with one small twist. Students are spearheading the livestream of all games, meets and matches.

Ooltewah High School offers a audio/visual production class for students considering a future in media production. Last year, the class decided to try out live-streaming by recording just one or two games in the gym. But when capacity limitations went into effect in the fall, students hit the ground running to cover as many games as possible.

Stepping up to the challenge

“With football, we could only have 700 people and usually there’s 3,000 to 5,000 fans on a Friday night. So live-streaming was a perfect option,” said James Manning, a digital media and journalism teacher who runs Ooltewah’s official athletics website and social media accounts. “Live-streaming also gives grandparents and other people who don’t want to go out during the pandemic a chance to watch the game.”

With the help of Manning and a few other teachers, about 8-10 students showed up to each home football game to operate five cameras and manage the stream. The games were streamed to the Owls’ YouTube channel, called HootTube, where they averaged 800 views each Friday night. The channel currently has over 800 subscribers and 150 videos.

Manning said the stream is free, but they do have a donation link set up and use ads to offset any costs. Community support has been a huge help, too. Several local businesses came forward to support the group and one even purchased a box trailer for them to stream from, Manning said. And Beef O’Brady’s, a favorite restaurant in the community, even plays the school’s games live on their big screen.

With success and community support, the student broadcasters continued covering basketball games and wrestling meets in the winter. They also set up a spring schedule to stream as many track meets, baseball games and softball games as they could.

“We connect with coaches to ask what events they want them to make sure to get,” Manning said. “If it’s on campus and someone tells us about it, we’ll be there.”

On top of streaming events, students promote the videos on social media and create eye-catching graphics for them with Box Out Sports. They also gain important skills in editing footage, finding and fixing bugs, operating a vMix machine and more. Manning said some of the kids are starting to take videos to the next level by interviewing coaches during halftime and commentating during the stream. These skills are incredibly valuable, as most of the students plan for future careers in media production, Manning said.

“The program has helped me be involved with equipment that I will be using in the TV business in the future,” said Chloe, one of the students who helped livestream events this year. “I feel prepared to walk across the stage and into a job with some experience.”

As some students prepare for graduation and others step up to take their places, Manning sees the broadcast program only getting better from here.

“We are way further ahead than we should be for a second-year program,” Manning said. “The kids are doing a great job and keeping it in stride and the community loves it.” 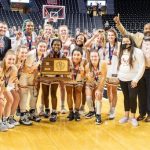 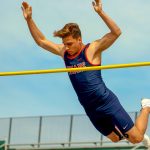