It’s been two months since Herriman High School (UT) made history by hosting the first varsity football game in the nation since the COVID-19 pandemic. Since then, thousands of schools have followed suit, making fall sports in America a reality through a set of circumstances that often feel unreal.

With the return of sports, a new normal is emerging. Coaches and players talk about symptoms as often as new plays. Elbow bumps have replaced handshakes. Athletes compete in half-full stadiums in front of fans cheering through masks.

While everyone has been forced to adapt, there are still a lot of unknowns. Positive COVID cases are rising in certain areas, threatening local teams. Guidelines for practices and games change weekly. One constant, however, is athletic directors continuing to take it all in stride, overcoming issues and embracing change each day – something they have been doing even before the pandemic.

Now, two months into the “return of high school sports,” we’re checking back in with Herriman and the other ‘first football‘ schools in Utah that kicked everything off.

Brad Tingey, athletic director at Herriman High School, said the COVID guidelines put into place for that first football game still serve the community well – despite some getting impatient with the situation.

“At the first football game, the social distancing and mask wearing was great, but since then it’s been more of an issue. We have to encourage people to space out and keep their masks on,” Tingey said.

Twenty miles away at Lehi High School (UT), Athletic Director Sean Yeager faced the same problem. He said mask-wearing was good in the beginning, but started to dwindle after a few weeks. He didn’t see it pick up again until two schools south of Lehi cut spectators for two weeks after positive COVID cases spiked. “That opened people’s eyes,” Yeager said.

“Everyone has a strong opinion on face coverings,” he continued. “My attitude is that we all share one thing in common, and that is we want the kids to play. So whatever your stance, you should be wearing your mask to let the kids play.”

At West High School in Salt Lake City, Athletic Director Rachel Townsend spent the summer in daily meetings preparing for sports during COVID – despite having summers off. When fall sports began with a Panther volleyball game, no fans were allowed. That’s changed now, which brought a new problem to light – not everyone who wants to go can attend.

“The tickets are still hard,” Townsend said. “We sell out every game and have multiple community members who want to be a part of games but can’t, because we’re limited in capacity.”

Many schools have been dealing with this issue, with several selling out certain games within hours. Without the ability to max out revenue with full stadiums, ADs are watching their budgets like hawks with a few potential long-term challenges in their sites.

“A big concern is about the budget,” Tingey said. “We’ve spent a lot more money on cleaning supply in the training room. You don’t anticipate those costs.” Hand sanitizer, proper disposal and sanitizing everything after one use in facilities means extra materials.

Yeager agrees that finances are concerning, but says they’ll be able to grapple with the issue more realistically in a few months. “That will be addressed in the spring when we have time to reflect and figure out how to predict things moving forward,” he said.

COVID has brought some unexpected positive changes to high school sports, too. There’s been little things: no more cash boxes, more manageable crowds and athletes being diligent about staying home if sick.

Then there’s the bigger things. Everyone has rallied to create support networks for one another. Without the opportunity to watch games in person, coaches and recruiters have connected closer together, trusting and leaning on their networks when it comes to scholarship decisions. Communication between schools is at an all-time high when coordinating events and community businesses have pitched in, offering extra financial support.

“Because money is tight, a lot of businesses and community members are reaching out to help,” Yeager said. “Before it was us reaching out, and now it’s the community reaching out to us. I think the pandemic has created a natural desire for people to want to help.”

Community members aren’t the only ones helping out. Inside the schools, staff members have played a huge role in supporting sports.

“Custodial staff and office personnel have really stepped up to make sports happen,” said Jason Long, athletic director at Jordan High School (UT). “The extra cleaning and sanitizing, as well as volunteer ticket takers, have made a huge impact.”

At certain schools, staff members took the time to reassess everything from ticketing to stadium entrances. Some of the changes that followed will serve schools well moving forward.

“I don’t know that we ever would have taken the dive into online ticketing before the pandemic … and I think we agreed halfway through the first game that we’ll never go back,” Yeager said with a laugh.

Of all the positives that came from the pandemic, Townsend is most grateful for the coaches and community members who continue to support the safety measures in place. The ones who realize this isn’t just a six-month ordeal, she said, but could be 2-3 years of changes and precautions.

“Coaches recognize that we’re all in this together and we’re all trying to keep everyone safe,” Townsend said. “Understanding and being grateful for that is huge.”

As the school year continues, Herriman is approaching winter sports cautiously optimistic. With COVID cases on the rise in certain areas of Utah, schools are being especially careful. They have the go-ahead to approach winter sports using the guidelines established for fall sports – so that’s what they will do.

“I think there’s a lot of unknowns,” Yeager said. “As winter rolls around, it’s flu season. So are people going to be more aware of wearing the mask and act more safely? We’re going to be indoors, so is that going to affect the numbers? Will we have to go to no spectators?”

Another concern is how students will differentiate common cold and flu symptoms from COVID symptoms, he said. But there’s no clear answers for any of these questions yet. All schools can do is wait and hope for the best.

On top of planning for winter sports, athletic directors are looking ahead to next year, too. Like everyone else, Long hopes COVID is better by next year – but even if it’s not, he believes Jordan High School is in a good position to handle it.

“We’ve already figured out online ticketing, separate entrances and when and how to sanitize and clean to make sure we’re not getting sick,” Long said.
“Everyone’s adapted to digital ticketing, symptom checking and the spectating guidelines, which also helps.“

Townsend believes that one issue could revolve around team travel. “A lot of school districts have to have travel plans [for games] in around February,” she said. “I don’t see us being over COVID or in a safe position anytime soon, so it could definitely affect travel for next year.“

For now, these Utah athletic directors – and ADs across the nation – choose to look forward optimistically.

“A lot of people didn’t think we’d get to October and now we’re here, so we’re going to keep battling everyday,” Tingey said. 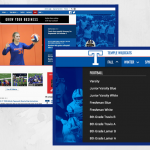 What can you do with your VNN revenue-sharing earnings?National, National Partnerships, Network News, News, partnerships, Uncategorized, VNN 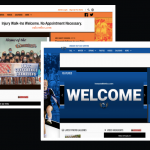