Each week, we scour our network to find the best stories in high school sports. Check out some of our recent favorites:

Ben Jones’ three-run homer in the top of the seventh inning broke a 2-2 tie and helped the Tigers to a 7-3 win at Duncanville.

Coach Fields is widely regarded as one of Maryland’s most creative minds. He has coached over 100 players that have moved on to the collegiate level and 6 more who have played in the NFL. 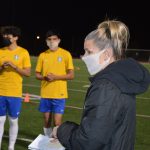 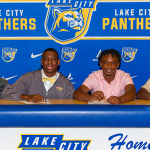