“The whole process of having to go and try to sell to businesses, then coordinate the artwork and try to get the money, it’s hard,” she said.

So when Wiese heard about Rally Around Us, an easy and effective digital fundraising platform for athletics, she approached it with a “nothing to lose” attitude. The Eagles, who had gone from winning just five games four years ago to claiming the sectional championship last year, had fallen short of their fundraising goal over the summer. They were hoping to raise money for new uniforms and hopefully, a trip to the state tournament.

A new approach to fundraising

Wiese said that getting started with Rally Around Us was easy. The team created a highlight video explaining what they were raising money for and sent it to over 1,000 of their friends and family members. Supporters could help the team by donating, leaving an encouraging comment or sharing the fundraising campaign on their social media accounts. By crowdfunding online, the Eagles increased their reach to contacts both inside the community and outside of state lines.

Over the course of one month, the team earned 158 online donations totaling $16,675 – exactly $1,675 more than their goal. With the proceeds, Wiese was able to pay for a live virtual training program while the team’s season is on hold due to COVID-19. The money will also help to support the team’s mentoring program.

“It was simple, straightforward and we could get it done quickly. It was not labor intensive and anything we got could just be pure profit,” Wiese said.

Interested in learning more? Schedule a demo of Rally Around Us here.

Campaign at a Glance 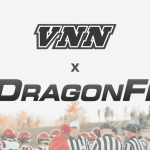 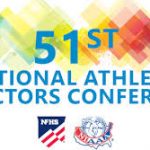