Raising money for basic team needs like uniforms is hard enough, but raising money to travel from Pennsylvania to Florida for a competition — even harder. The typical fundraising methods like door-to-door coupon book sales do not guarantee participation and getting adequate funds.

By leveraging online shopping through the newly launched Team Shops by VNN and FlipGive, the cheerleading team at William Tennent High School was able to get closer to their fundraising goals. Parents are already shopping online, and Team Shops gave them the ability to earn cash-back when they bought items from companies like Under Armour, Nike, Buffalo Wild Wings, and Starbucks.

VNN recently spoke with Bree Coyle, coach and fundraiser for William Tennent High School Cheerleading in Pennsylvania. The team has been successfully earning funds to travel and compete next season through Team Shops. Bree has been involved with William Tennent Cheerleading for nearly three years. Her fellow coach, Ashley Krueger, will be going into her fifth year of coaching. “We both wanted to coach a competitive high school team,” Bree explained.

Bree and Ashley found out about the ability to use Team Shops through William Tennent’s athletic director. “We figured it would be a simple fundraiser to help us reach our fundraising goals,” she said. The team is trying to raise money to travel to Orlando, Florida for the UCA National Championships. “We’ve been going for the past few years and hope to get a bid again this year,” Bree continued. 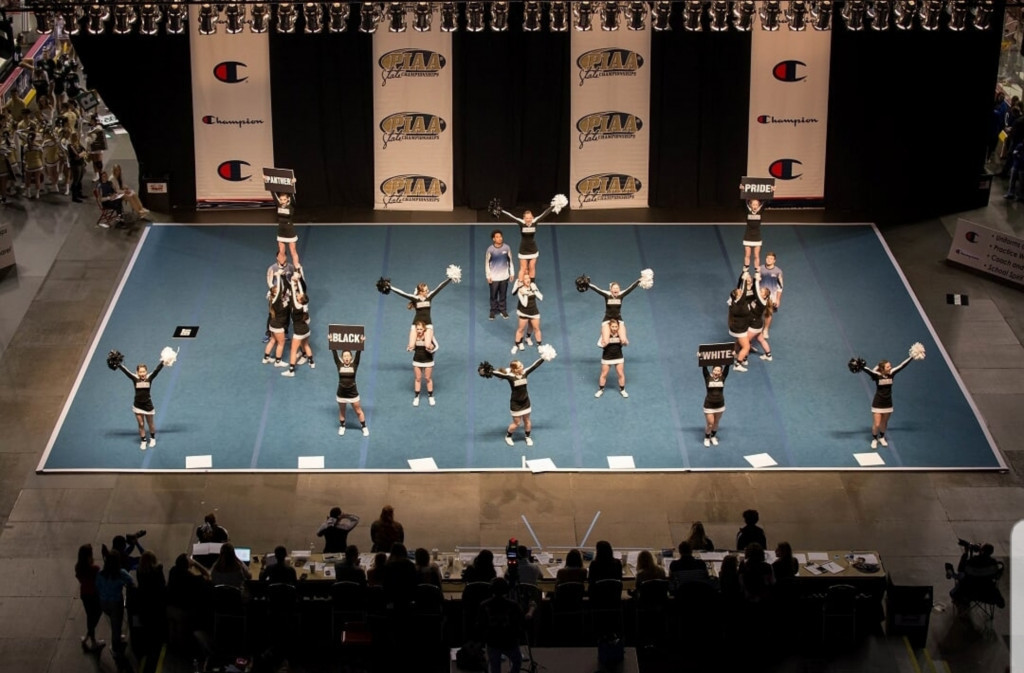 “The team made it to finals at state for the first time in school history,” Bree said of the teams recent achievements. “They also won their league championships, Suburban One League for the first time in school history.” When asked about goals for next year, Bree replied, “We would like to repeat our highlights from last year, as well as make it further at the national championships.”

Finding effective fundraisers to fund a whole team’s travel is extremely difficult. “We need to raise a lot of money in order to send our whole team to nationals,” Bree said. “It’s difficult to find fundraisers that are worth the time put into them.”

To ensure the trip down to Florida is possible, William Tennent Cheerleading has tried many fundraisers. In the past, the team has done car washes, designer bag bingo, dessert sales, cheerleading clinics, and competitions. “Our favorite would be designer bag bingo and least favorite would be car washes,” Bree said. In comparison to these, she said, “[Team Shops] is very simple and people make purchases that they are already making. You don’t need to go out of your way to make money for the team.”

With the teams success using Team Shops, Bree has some tips for other coaches looking to incorporate it into their fundraising ventures. “I would suggest becoming familiar with how to navigate the website and the brands you can earn cash-back from. I personally check to see if stores or restaurants participate before purchasing items or going out to eat. After a while, with every family on the team doing the same thing, these purchases add up.”

With these tactics in mind, William Tennent Cheerleading has reached $158 and are continuously moving closer to their $500 goal.

The Team Shops initiative is a part of VNN’s commitment to connecting people to their high school sports communities across the nation.