Amidst the COVID-19 pandemic, last month’s NFL Draft (originally planned for Las Vegas) went on as scheduled remotely with 255 college athletes being drafted by the League’s 32 teams in seven rounds. For athletes, it was the culmination of a lifetime of hard work and practice. And back at home, a proud moment for those that played a role in helping them get there, from parents, siblings, high school coaches, teammates, trainers and athletic directors.

Perhaps to celebrate our opening of a new Minneapolis office in January, of all the teams in the league, the Minnesota Vikings took the most players from VNN schools (5), followed by the Las Vegas Raiders (4), and then the Cleveland Browns, NY Giants, and Carolina Panthers, who drafted three each.

State-by-state, the most athletes came from Texas high schools (8), followed by Georgia (7), then California and Michigan (5). 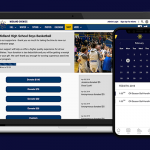 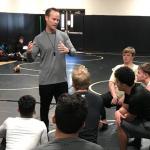