Your kid just had the game of their life. They scored the winning goal, carried the team on their back and the world needs to know about it. Right?

For most student-athletes, the game will get posted on their team’s HUDL page, the school’s official athletics website, and a handful of colleges might see it weeks or even months down the line. But what if there was another way? What if your athlete could use the clips from that game to help themselves get recruited for free?

With athletic departments from local colleges to major universities facing new financial challenges, collegiate coaches are using already existing resources at their disposal to recruit athletes, including one of the biggest – social media. As a parent, how can you understand what will work best to get your athlete in front of the right people? Today, we will look at Twitter, Instagram and TikTok, and how each can be used to market to collegiate coaches.

While Twitter isn’t as popular among teenagers as it was four or five years ago, it’s becoming ever more popular among colleges and universities as they try to stay connected with current students and alumni. Many universities have an official Twitter account along with an athletics account and an account for each individual sport or activity. Many of these team accounts at larger universities are run by social media managers or full teams but at smaller schools, the Twitter accounts are run by team managers and sometimes even the coaches themselves. This provides opportunities for student-athletes to connect with them directly. Here are a couple ways to do so:

Instagram’s reach among younger athletes can’t be overlooked. They practically live there. The visual medium allows athletes from around the world to like each other’s photos, comment on them and navigate the explore page for more people to follow. Colleges and universities have also jumped onto Instagram as a way to promote their own teams while also looking for pictures and videos that could be used as a recruiting tool.

One of the biggest advantages that Instagram has over Twitter is its IGTV feature. IGTV is a tool within Instagram that allows people to share longer videos that go beyond the traditional 15 seconds allowed on a user’s ‘story.’ Ideally, student-athletes could use this feature to show full highlight videos that are clipped from their film from the previous game. If a student’s high school uses HUDL or HUDL assist for example, they could get specific film clipped for them that could then become a personal highlight reel on Instagram. The student-athlete would then have the opportunity to tag universities and colleges that they are interested in the same way they do on Twitter. Also like Twitter, hashtags could also be a huge asset to get more eyes on the video and increase the possibility of it being shared to the right place.

TikTok is everywhere. Even if you “don’t have a TikTok account,” you are watching them in some capacity. Videos and memes from the platform are showing up on other social media outlets and/or you are hearing about certain trends from your friends, parents and even grandparents. Think 15 or 30 second clips where users get very creative with what is recorded. A relatively new app, the format of TikTok is similar to Vine and Music.ly which have all been immensely popular over the years.

The best part about TikTok and its popularity is the fact that ANYONE can go viral on TikTok. Suggested videos that are based on what you like, follow or post yourself are served up to users on the “For You” page, which then can get shared over and over until they are viewed millions of times. The videos can be simple. Someone singing. Someone pretending to sing. Someone filming their friend singing secretly. The simplicity of the app makes it another huge tool for high school students to get recruited.

Although it feels like colleges and universities haven’t fully made the transition to TikTok, it’s happening sooner rather than later. Many recruiters and coaches are on the app without an account, using the search of hashtags to find videos of student-athletes showcasing their talents. TikTok videos can last up to a minute, allowing a quick snippet of a highlight reel, something extremely beneficial to recruiters and college coaches.

TikTok is also a place that most student-athletes aren’t being careful, according to one Minnesota college lacrosse coach. Much like Snapchat, they are posting videos that they don’t think are being seen by others but are actually hurting them, even if they don’t know it.

“There are students who are trying to get recruited that are great lacrosse players,” this coach said. “That said, their posts on social media are giving us an insight as to who they are as people and sometimes the videos or even the things the students like can turn coaches off and take these students off the list. It’s so important for student-athletes to watch what they post, what they re-post and what they like. People are watching and are aware of these things.”

As we continue evolving in this ever-changing world, Twitter, TikTok and Instagram used separately or as extensions of each other could mean the difference between which college teams see your athlete’s film and which ones don’t. While it seems like a lot of work on the front end, taking these steps could lead to potential scholarships, offers from schools your child wasn’t expecting and more overall exposure. While coaches and high school athletic departments are there to help your child along the way, the student-athlete really has the ability to create many choices regarding their recruitment by using social media as a valuable tool. 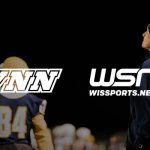 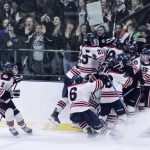