This past summer, VNN launched its first employee resource group, Women at VNN (WVNN). The group aims to empower women by creating a safe space to build professional relationships, share advice and work through challenges.

Hallie Condon, Director of Human Resources at VNN, came up with the idea for the ERG after sending out a culture, diversity and inclusion survey to employees last summer. While reviewing feedback, she noticed that women scored their workplace experience less favorably than men.

“There were certain negative undertones and an employee resource group was a way to address that,” Condon said. “In addition to creating a sense of community belonging for employees, ERGs facilitate a clear line of communication from group to leadership in order to voice concerns and solve problems.”

The mission of WVNN is to promote the hiring, retention and advancement of individuals that identify as women through workshops, webinars, networking, community outreach and workplace collaboration.

“Especially in a male-dominated industry, this ERG is a way to give women the opportunities, resources and tools they need to grow in their careers,” said Erin Blohm, Director of Sales and Advertising Operations at VNN.

WVNN held its first meeting in late September. Since then, its 15 members have met for an hour each month to discuss everything from parenting to influencing cultural changes at VNN. The group also hosted a Work/Life Balance Discussion Panel for all employees, in which three female panelists answered questions about integrating home, work and personal life.

So far, both Blohm and Condon have received positive feedback about the group’s impact. Blohm said members have expressed appreciation for an environment in which people can talk about things that aren’t often discussed, like company benefits.

Condon noted that several employees expressed feeling validated after hearing from others with similar opinions or issues. Others have said the meetings serve as a good outlet for voicing feelings without worrying about being judged.

“There’s a lot of value in being heard,” Condon said. “I also think that giving people at all levels of the organization the feeling that they can influence change is really positive.”

Planning for the future

WVNN recently solidified its 2021 agenda. A few topic discussions planned for the upcoming quarter include career goals and advancement, culture, networking and navigating difficult professional times. The group also plans to kick off events when COVID-19 allows it, with the hopes of doing a volunteer activity this summer.

Condon plans to track the group’s progress and make adjustments as needed. She intends to have employees take the culture, diversity and inclusion survey annually, then create different goals or initiatives for WVNN based on that feedback. She also hopes this first ERG inspires other employees to create resource groups where needed.

“As VNN grows, we want to make sure other demographic groups feel they can make something like that, too,” Condon said. 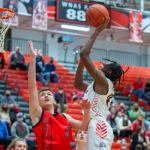 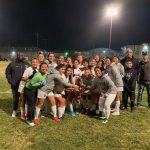